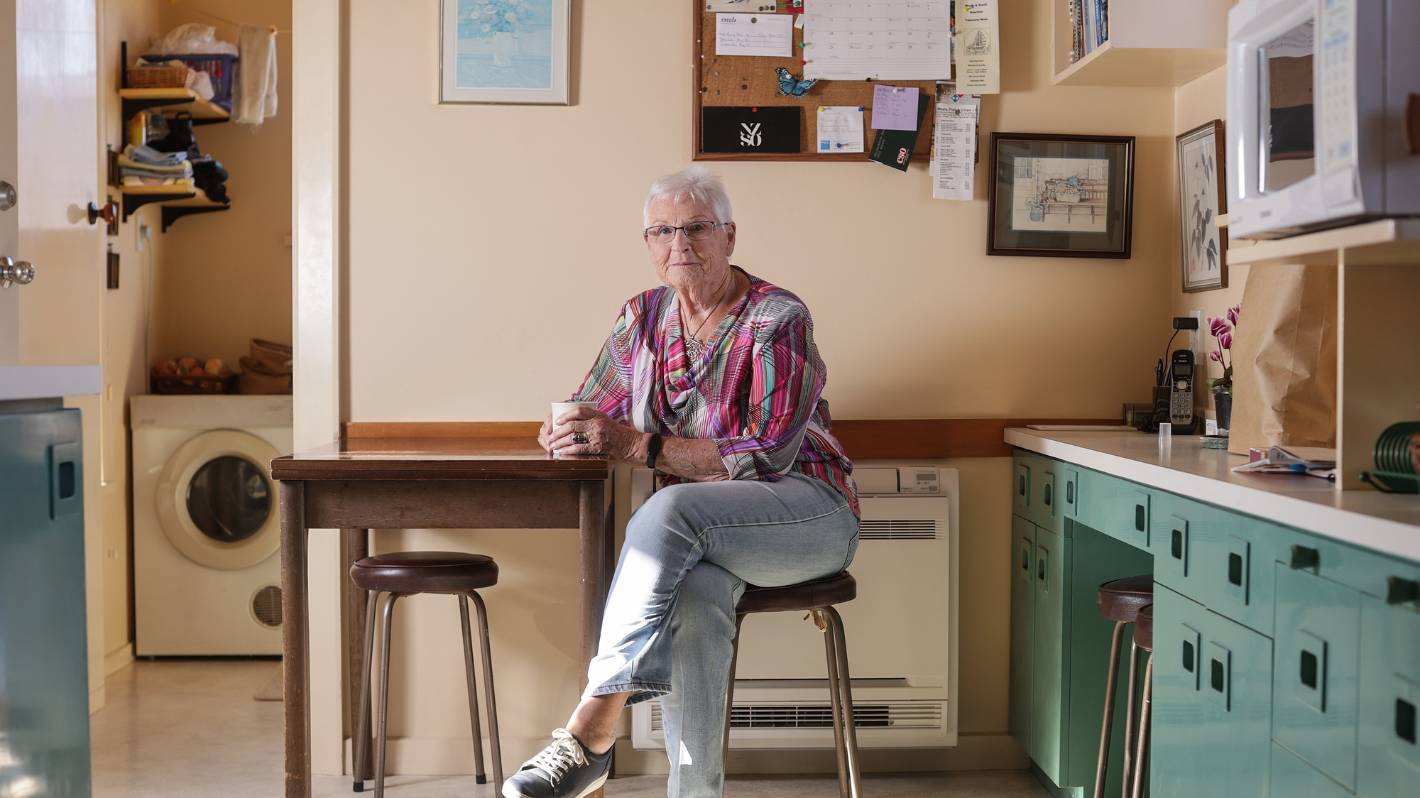 According to a study, heating a single child’s bedroom would consume nearly half of the government’s winter energy payment.

The discovery prompted a healthy homes researcher to push for winter energy payments to be increased, particularly to account for different climates and the number of children in a home.

The government grant is due to take effect on May 1, but as the nights get colder and the cost of living continues to rise, many families face the dilemma of whether to eat or heat their homes.

A Budgeting Services official says the payment has an “incredibly brutal targeting mechanism”, missing families who need it and giving it to retirees who don’t.

It is paid automatically to beneficiaries from May 1 to October 1 each year, with singles receiving $20.46 per week, and couples and people with children receiving $31.82 per week.

Dr Caroline Shorter and Dr Kimberley O’Sullivan’s study of the cost of healthy heating for children’s rooms found that paying for winter energy was insufficient.

They placed radiators set at 20°C or 21°C in 152 children’s bedrooms overnight over an eight-week period in autumn and winter in Wellington, and found that it cost 46% of the d winter energy from the government to heat this one room.

It would cost parents $58 per month to heat a child’s bedroom based on an electricity price of 32.2 cents per kilowatt hour (kWh). Last year’s winter energy payment for recipients with dependent children was $127.28 for four weeks.

A fifth of children’s rooms were so cold that parents were shivering inside, and some only heated their rooms half an hour before going to bed. A third said they “accept being cold” to save on heating costs.

The World Health Organization recommends that entire homes be heated to a minimum of 18°C ​​or 20°C for vulnerable populations.

But many Kiwis only heated one room, and previous research found the average temperature for living rooms in winter was 16.3C and 14C for bedrooms, Shorter said.

“The winter energy payment and other energy subsidies should be based on real data on energy consumption and energy costs.”

Not providing enough money to heat the whole house could undermine what the government was trying to achieve – keeping homes warm enough to reduce respiratory illnesses, she said.

Vanessa and Brett Horwell wanted the warmest, coziest, healthiest home they could afford.

Energy poverty was thought to be a factor in the country’s high excess winter mortality rate – about 1,600 deaths per year – and excess winter hospitalization rates of around 7,166 people per year.

Payment should be increased as it was during the Covid 2020 lockdown, especially given the likelihood of a second wave of Omicron and the number of people in isolation at home, she said.

Payments should also be adjusted according to climatic regions and the number of children in the home.

“We think it’s important that everyone can afford to heat their home to a healthy level.”

She believed the payment should be extended to all families with young children in the same way that all pensioners have received it, with both given the option to opt out if not needed.

Pensioner and Age Concern Canterbury chair Trish Adams said she had to be careful to manage rising heating costs but with the help of the winter energy payment she was confident she would would be able to pay his electricity bill.

But that wasn’t the case for others her age who rented, she said.

“People who heat one room and one room, who sit at home with a blanket on their knees and a hot water bottle, are afraid to turn on the television or the heating because they cannot pay the electricity bill. electricity Elderly people who are alone and struggling with colds and bills.

Adams said his latest electricity bill of $167 was a jump from the bill of about $100 a month earlier.

“I thought, ‘ouch, what did I do?’ But it’s cooler. I may have done a little more laundry or cooking.

The 79-year-old saves energy by using a wood-burning stove (she bought cheap firewood), using the heat pump in the kitchen for two hours in the morning, then leaning on the sun to warm up.

The last time she looked for a supplier, she opted for Powershop, which was “by far the cheapest” at the time. He recently informed her that the price of electricity would increase.

Adams only used cold washes for his clothes and did not use a dryer.

She used a fan heater in her study, which she admitted was probably ineffective.

Christchurch Budget Services Director David Marra said the payment made a big difference for many families, but had an “incredibly brutal targeting mechanism” and excluded many who needed it.

He knew an older man who had spent seven days in bed last winter because he was too afraid of the cost of turning on a heater. He lived on peanut butter sandwiches and coffee, with only his cat for company.

Other retirees, like Marra and his wife, didn’t need it because they were still working. While they were able to save money each week, other families who weren’t eligible went into debt.

They were thinking of donating their grant to a family in difficulty but not a beneficiary.

Families who sought budget advice — 77% of whom earned less than the median household income of $88,454 — often only heated one room in their home and lived and slept together so they could afford it.

Many were in arrears with their electricity companies, facing penalties as a result.

Department of Social Development client service delivery manager Graham Allpress said the winter energy payment was one of the supports available and recipients could opt out if they wished.

If the government decided to increase the payment, “a significant lead time would be needed to implement this”.

Payments could not be changed for different climates or the number of children in a household, but the ministry may be able to provide “additional support for urgent heating costs, if they need it”, did he declare.

Bankruptcies in North Dakota and Western Minnesota as of April 30, 2022 – InForum