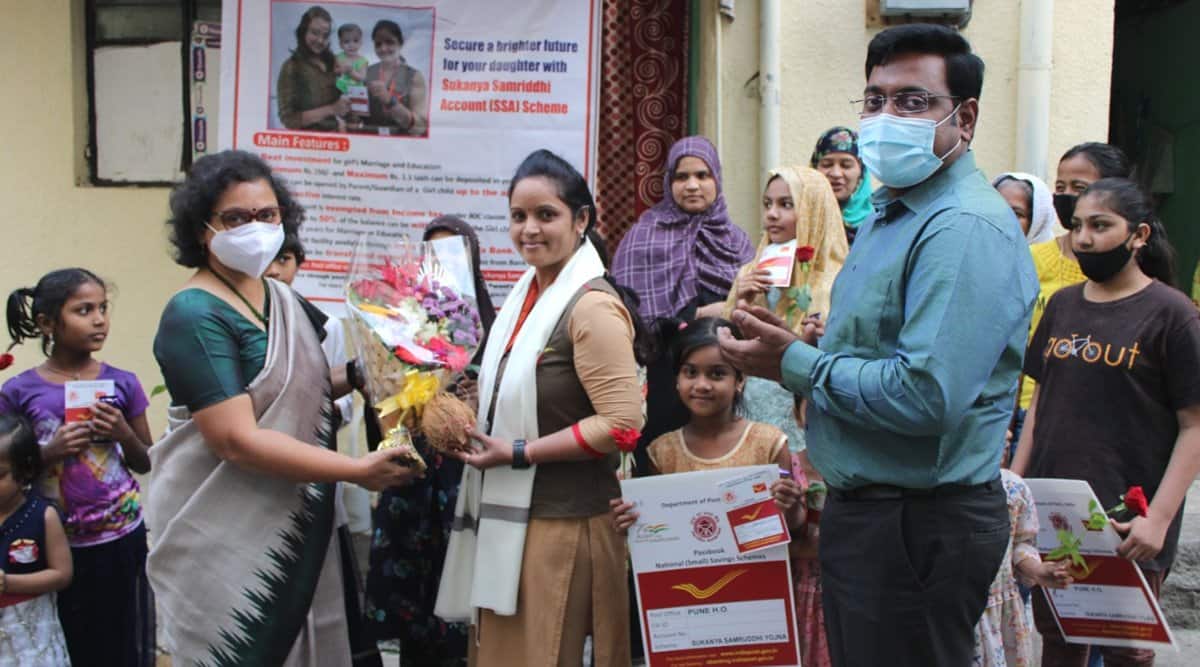 These postwomen are securing a little girl’s future, one Sukanya Samriddhi account at a time

POURNIMA PAWAR (35) is proud to be part of a common effort to secure the future of girls in Pune. As a postwoman attached to the Pune General Post Office (GPO), Pawar managed to convince nearly 1,000 families with at least one daughter to open a Sukanya Samriddhi (SSA) account with their neighborhood post offices over the course of of the last six months.

In addition to their official duties, Pawar is among the many foot soldiers of the Pune Postal Department who have taken on additional responsibilities to bring this project to the attention of the families of Pune and Pimpri Chinchwad.

India Post, as part of its year-long celebrations to mark 75 years of Indian independence, has decided to embark on a campaign to reach as many households as possible with beneficiary girls last year. Through the SSA, account holders can invest anywhere between Rs 250 and Rs 1.5 lakh in a financial year and the investment also attracts tax benefits. In the first 75 days of the campaign launch, over 75,000 SSAs were opened in the Pune region.

G Madhumita Das, Postmaster General (Pune Region) said, “Along with raising awareness of the program through campaigns, the activation of postmasters and factors has really been a game-changer. Public-private participation from all sectors of society paved the way. We also used Aadhaar registration and update camps for children to interact with parents,” Das said.

“Even though this program is available from banks, awareness has remained largely low. One of the main benefits of the program that I share with families is the better interest rates offered by the post office,” said Pawar, who has been a postal worker for over a decade now.

Despite its launch in 2014, SSA could not become as popular as expected. One of the reasons for this is poor outreach, Das said. Until recently, only 30% of eligible girls benefited from the program in the Pune division. But now, the sensitization has yielded the desired results with a total of 1,10,543 SSAs opened between April 2021 and March 3, 2022 in the Pune region comprising Pune, Satara, Ahmednagar and Solapur districts.

Nationally, Maharashtra ranked second in the country with Rs 5.07 crore deposited in 44,233 SSAs in February.

It was not easy to get families to join the program because it involved monetary investments for a frozen term of 15 years or until the girl was 18 years old. “At first, the families weren’t very impressed…After extensive discussions, they were convinced,” Pawar said.

On the process of convincing the families, Suvarna Madane, a postwoman attached to Chinchwad (East), said: “I visited the houses in the afternoon and interacted with the mothers and other female family members. They would then return a day or two after consulting their husbands. Once consent for the opening of SSAs is given, it would take two to four days to open an account with each family. Sometimes these postwomen shared their personal experiences with the potential beneficiaries. “I opened an account when my daughter was only two months old,” recalls Pawar.

According to Pawar, what has enticed families to embrace the program is the ability to invest as little as Rs 250 and the ability to make payments at any time during the financial year.

Since a number of women are ill-equipped to transact online, letter carriers guide them through the process.