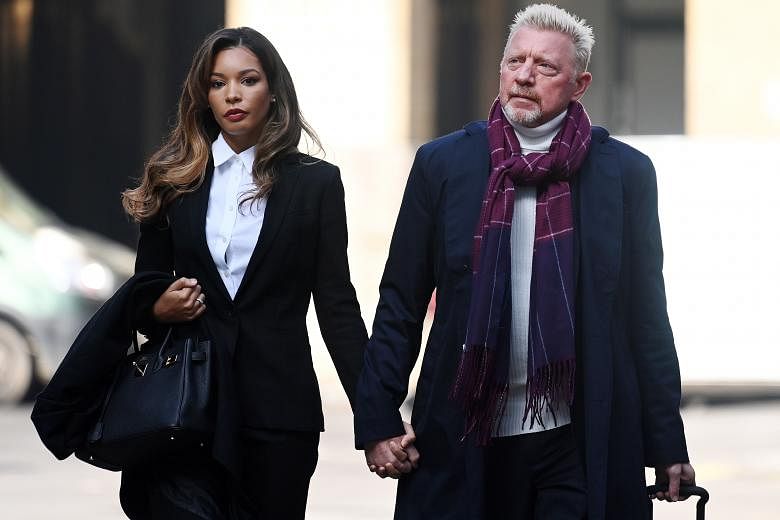 Becker is on trial for 24 offenses relating to his bankruptcy in 2017 over a £3.5million (S$6.3million) loan from private bank Arbuthnot Latham for a property in Spain.

Despite struggling financially, the 54-year-old German spent hundreds of pounds at luxury London department store Harrods and treated himself to designer clothes, a jury at Southwark Crown Court in London heard.

The former world No. 1 allegedly hid €1.13m (S$1.7m) from the sale of a Mercedes car dealership he owned in Germany, which was paid into his Boris Becker account Private Office (BBPOL).

“It is the accusation that Mr Becker used the BBPOL sterling account as an extension of his own account, in effect as his own piggy bank, for everyday personal expenses such as children’s school fees and others,” said prosecutor Rebecca Chalkley.

Jurors heard that Becker had paid substantial sums to his ex-wife Barbara Becker, his ex-wife Sharlely “Lilly” Becker and a friend.

Becker also reportedly transferred €300,000 to his own account, while other funds were paid into an account he held jointly with his son Noah.

The German is also accused of failing to hand over assets including his 1985 and 1989 Wimbledon trophies and his 1991 and 1996 Australian Open silverware.

He allegedly failed to declare two German properties, as well as his interest in a London apartment, and hid a bank loan of €825,000.

Becker, who has won 49 singles titles during his 16-year playing career, including six Grand Slam trophies, is supported on court by partner Lilian de Carvalho Monteiro.

He denies all charges against him, which include nine counts of non-delivery of trophies and other awards.

The trial is expected to last up to three weeks.