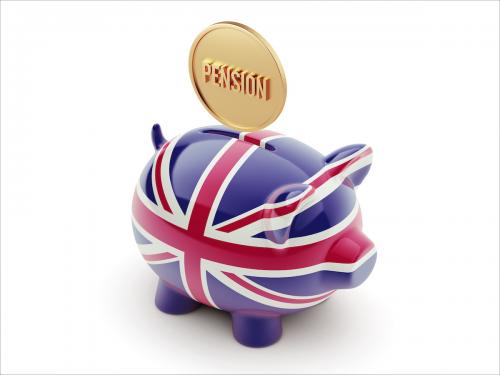 Every year, I have deep respect and admiration for my colleagues and friends who fasted during Ramadan. It is a very public demonstration of their faith, which clearly also has enormous personal significance. I was particularly struck this year by how LinkedIn was full of supportive comments and suggestions for how employers could support those who are fasting.

Are there steps employers – and trustees – can take to support Muslim employees and members from a pension perspective? Indeed, is there a positive obligation to do so?

As a non-Muslim I am not a Shariah expert, but as a pensions professional I am aware that Islam imposes obligations on followers that extend to financial matters including their pensions. As a lawyer, I advise my clients against the risk of unlawful discrimination – and religion is one of the ‘protected characteristics’ that can give rise to discrimination claims.

Trustees face increased scrutiny and obligations when it comes to investing, whether it’s TCFD reporting requirements, cost and value-for-money disclosures or even member complaints about how plan assets are invested. Do administrators also have to take into account the religious opinions of members? Could employers face a discrimination claim if the pension plan offered to staff is not Sharia-compliant, so that Muslim employees feel compelled to opt out?

The position of DC chords seems simpler. As members have a positive choice over how their own pot is invested, the inclusion of Sharia-compliant options will allow Muslim members to meet their religious obligations. There are complexities – such as differing views on what is needed for a fund to be Shariah-compliant – and trustees will need to take professional advice in the usual way, but options are available. What is proportionate will vary from scheme to scheme depending on the members – recent news articles have questioned why some large pension providers used as auto-enrollment schemes do not offer members compliant investment choices in Sharia.

The arguments in favor of DB (and, in the future, CDC) schemes are more complex. Members are entitled to a set amount of benefits upon retirement and do not control how plan assets are invested. There are differing opinions in the Muslim world on how Sharia applies to DB schemes. However, considering that to be Shariah compliant, all plan assets must be invested in accordance with Shariah, from a purely legal perspective, trustees should pay particular attention to how such a non-financial factor was reflected. in their investment strategy. Employers may consider that the trustees have unduly limited their strategy in a way that necessitated increased contributions or resulted in inappropriate levels of investment risk. While trustees need only consult employers on their strategy, employers are often the ultimate residual beneficiary of the plan (entitled to any surplus on wind-up) and trustees need to consider their views.

A number of employers in the Local Government Pension Scheme (a funded defined benefit scheme) are sufficiently concerned about opt-out rates among Muslim employees and the risk of discrimination complaints that the LGPS Scheme Advisory Board has sought the advice of a lawyer – not on whether the LGPS is Sharia compliant, but whether employers have an obligation to offer a Sharia compliant alternative if it is not, or could face successful discrimination complaints if they fail to do so.

Although the notice was provided specifically in relation to the LGPS, private sector employers with an open DB plan should also take note. Briefly, counsel concluded:

Counsel could not provide a definitive opinion in the absence of a specific claim, so this issue remains unresolved. In the meantime, employers and administrators would be wise to consider membership and be aware of the possibility of discrimination claims if Muslim members (or indeed any group with strong religious or philosophical beliefs) consider these beliefs are not satisfied by the regime and therefore they must withdraw.

The opinions expressed are those of the author and do not necessarily reflect the views of the firm, its clients or any of its or their respective affiliates. This article is for general informational purposes and is not intended to be and should not be considered legal advice.