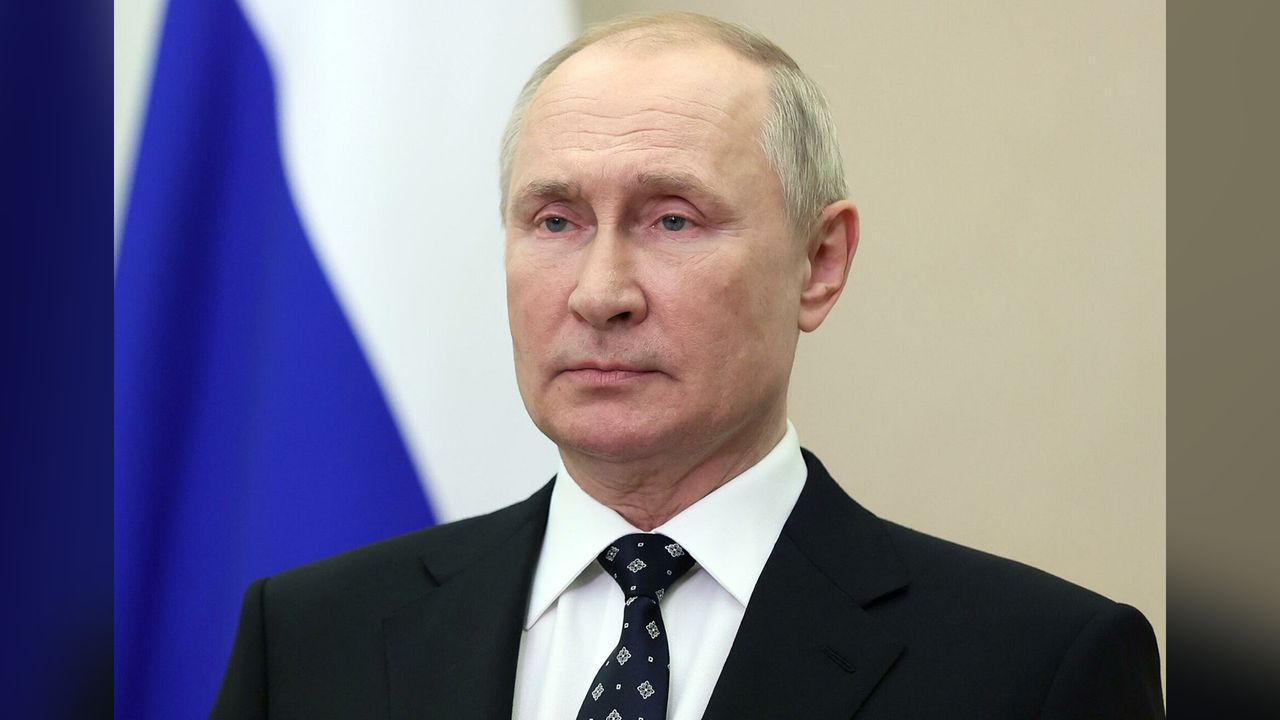 Putin’s annexation speech and the bankruptcy of Russian nationalism

The author is a representative of the Bolshevik Leninist Young Guard, a Trotskyist organization in Russia which opposes, on the basis of socialist internationalism, the invasion of Ukraine and the proxy war of the US-NATO imperialism against Russia.

On Friday, September 30, Russian President Vladimir Putin gave a long speech intended to justify the actions of the ruling regime in annexing four new territories to Russia by referendum: the regions of Donetsk, Luhansk (Lugansk), Zaporozhzhia and Kherson in the east and south-east of Ukraine. .

The speech highlighted the danger of a widening conflict between Russia and NATO, as Putin’s regime will now consider the annexed Ukrainian lands as its own and will fight for them much more actively, as confirmed by the recent announcement of a partial mobilization in stride. Russian defeats in the Kharkiv region.

In his speech, Putin, justifying the annexation of four regions of Ukraine, said: “The people have made their choice, an unambiguous choice.” The official figures on the outcome of the referenda are indeed astonishing: in all regions, 97% or more voted for annexation, and the turnout also showed very high popular participation.

However, one must ask: how was it possible to hold a referendum in Zaporozhzhia, when almost half of the territory, including the capital, is controlled by the Ukrainian armed forces? Putin’s regime has no answer to this. It is likely that the numbers were simply pulled out of nowhere and exaggerated.

The same goes for the other regions where referendums have taken place. Half of the Donetsk region is under Ukrainian control. The only region in which the entire territory is under the control of Russian forces is the Luhansk region. But here again, the question of the veracity of the published results needs to be clarified.

Putin went on to say, “We will defend our land by all means. We will rebuild all destroyed towns and villages. We will develop businesses, infrastructure and health care systems. The first sentence deserves special attention because it suggests that Putin’s regime is once again threatening to start a nuclear war.

If a nuclear war were to occur, the “development” of businesses, infrastructure and the health system would be out of the question. Suffice it to recall that nearly 400,000 people have died in Russia as a result of the reactionary government response to COVID-19. And this is only according to official figures. What prevented the Putin regime from engaging earlier in the “development” of health care and social infrastructure?

The main reason for the Putin regime’s promises is the ruling oligarchy’s grave fear of the working class, which, amid the deepening crisis of capitalism, threatens to pursue its independent interests. Fear is the main motive behind all these promises since Putin’s regime desperately needs a stable “home front” for its national-chauvinist response to the onslaught of Western imperialism.

“They want to see us as a colony,” Putin notes in his speech. “They don’t want equal cooperation, but looting.”

While Putin’s remarks about the threat of colonization and the fragmentation of Russia are undoubtedly correct, they also point to the dual psychology of the Russian ruling class, which both hopes for “equal cooperation” with Western imperialism and at the same time shakes off nuclear weapons in the struggle to safeguard its privileged position in a country rich in raw materials. In the same speech filled with condemnations of imperialist powers, Putin referred to Kremlin “co-thinkers” “around the world, including in Europe and the United States.”

Putin has sought to set a falsely progressive tone in his national-chauvinist response to the threat posed by US-NATO imperialism. For example, as part of his speech, he said he was proud that in the 20th century it was Russia that started the anti-colonial movement. A very hypocritical statement from a man who justified the invasion in a February 21 speech by condemning the October Revolution of 1917 and the so-called evil Bolsheviks led by Lenin.

In fact, what prevented the carving up of the old Russian Empire by the imperialist powers was the Bolshevik Revolution and the struggle waged by the Red Army under the leadership of Leon Trotsky on the basis of an internationalist program of socialist revolution. This program is politically incompatible with the reactionary nationalist policies and actions currently being pursued by the Putin regime.

Seeking to broaden public support for his policy, Putin said, “The unipolar world built by the West is undemocratic, false and hypocritical to the core.” This is certainly true, but Putin forgets that these characteristics of Western imperialism are the same characteristics that also characterize the Russian capitalist state.

Putin continued: “The world has entered a period of revolutionary transformations, they are of a fundamental nature, new centers of development are forming, which are ready not only to declare their interests, but also to defend them. Coming from Putin, these remarks have a manifestly demagogic character. Apart from the leaders of the imperialist powers, no one fears revolution more than the Russian oligarchy. However, Putin seeks, in the hope of broadening support for the war, to exploit popular hatred of imperialism by portraying his government as a defender of national independence.

Putin ended his speech by quoting these words from far-right Russian nationalist ideologue Ivan Ilyin, who supported the struggle of the White armies against the Bolsheviks’ Red Army during the Civil War:

“If I consider my homeland to be Russia, it means that I love, contemplate and think in Russian, sing and speak in Russian; that I believe in the spiritual forces of the Russian people and that I accept their historical destiny with my instinct and my will. His spirit is my spirit; his destiny is my destiny; his suffering is my pain; its development is my joy.

On Friday, Ukraine submitted an application for accelerated NATO membership, which further aggravated the conflict. The course of the proxy war between Russia and NATO in Ukraine threatens to degenerate into an open conflict in which the use of nuclear weapons is possible. All this once again underlines the madness of the ruling classes of all capitalist countries.

Ultimately, all of Putin’s statements point to his basing his response to imperialism’s onslaught on national chauvinism. It cannot be otherwise since Putin embodies the regime of capitalist restoration in Russia. Its reactionary policies reflect the socio-economic role of the ruling Russian oligarchy, which emerged after the collapse of the Soviet Union due to the false and blatantly counter-revolutionary policies of Stalinism.

But the fight against imperialist war requires a revolutionary strategy. This is only possible on the basis of the principles the Bolsheviks adhered to when they made the October Revolution in 1917. The essence of these principles is to mobilize the working class against capitalist governments around the world on a program of world socialist revolution. The resolution of all the contradictions of capitalism and the problems it engenders is only possible within the framework of an international reorganization of society, or rather a reorganization of the whole economy, not for private profit but for the satisfaction of social needs.

This inevitably brings us to the question of resolving the crisis of revolutionary leadership in the working class. Only the Trotskyist movement represents a true revolutionary vanguard movement of the working class. It is on this basis that the building of the sections of the International Committee of the Fourth International in Russia, in Ukraine and in the world must take place.