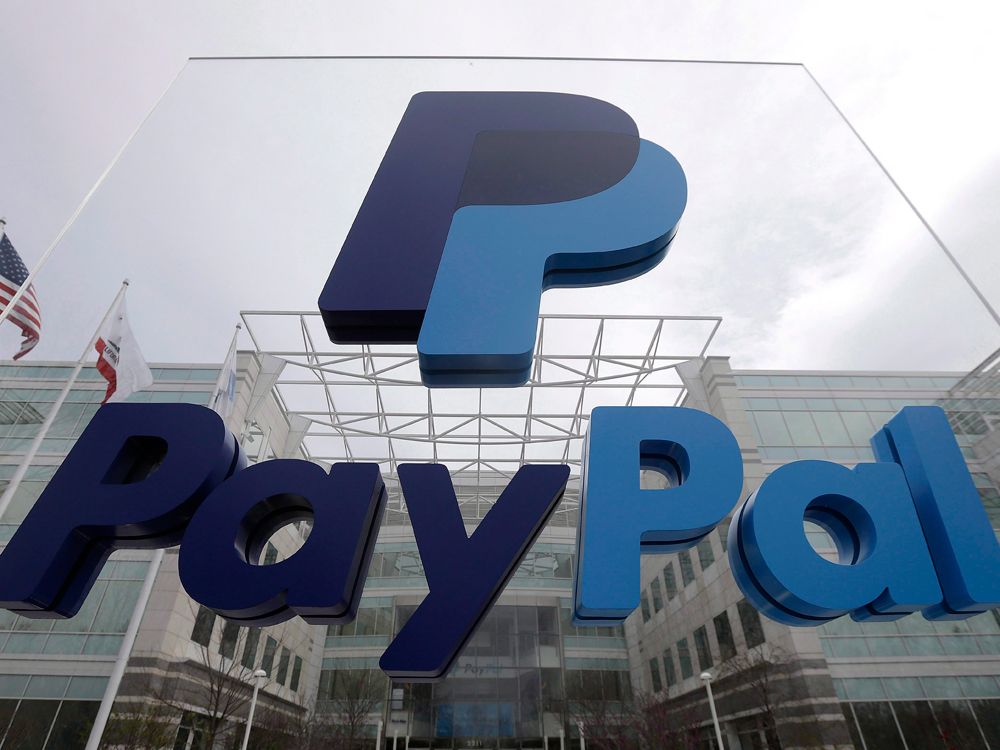 The CRA is requesting information identifying account holders and describing the amount and number of payments sent or received between January 1, 2014 and last Friday.

CALGARY — Online payment company PayPal has been ordered to hand over information about its Canadian business account holders to the Canada Revenue Agency.

PayPal states on its website that it has received an order from the Federal Court to release information within 45 days to the Canadian Revenue Agency identifying account holders and describing the amount and number of payments sent or received between January 1, 2014 and the last Friday.

CRA spokesman Patrick Samson says the agency requested the information to ensure that these individuals and corporations are complying with their tax obligations under the Income Tax Act.

He says it’s part of an enhanced campaign to use third-party data to detect unreported economic activity and identify individuals and businesses that aren’t filing tax returns.

PayPal says it notified account holders, adding that the order applies even if the business account has been closed.

He advises users to make sure they’ve filed their taxes properly, pointing out that the CRA has a voluntary disclosure program that allows a filer to adjust a tax return they’ve already filed. .

How to open a brokerage account for a child