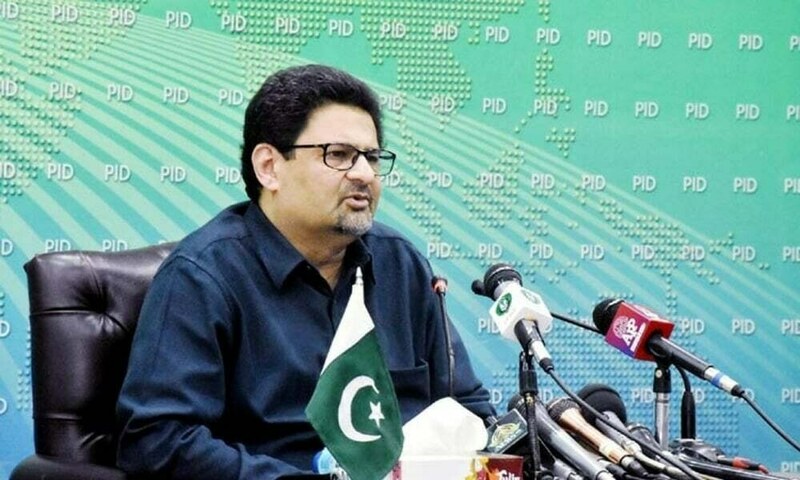 Miftah gives a detailed account: How the country saved itself from bankruptcy

ISLAMABAD: Federal Finance and Revenue Minister Miftah Ismail said on Saturday that the incumbent coalition government had rescued the country from bankruptcy and was expecting $4 billion from friendly countries to fill the external financing gap.

Addressing a press conference, the Finance Minister, flanked by Federal Information Minister Marriyum Aurangzeb, said that poor governance and faulty policies of the PTI government have wrecked the economy, bringing it to the brink of collapse. default and created a situation similar to that of Sri Lanka with four consecutive budget deficits reaching a record high of Rs 5.1 trillion at the end of the previous fiscal year.

However, the country is now heading towards economic stability, due to some tough decisions taken by the incumbent government despite being fully aware of its political cost, he argued, adding that there is no will be no mini-budget in the coming months. However, he said strict adherence to fiscal and financial discipline is still essential to put the economy on the right track for rapid and sustainable economic development and to achieve social prosperity.

There is still a lot of work to be done to save Pakistan from bankruptcy as the country still ranks fourth or fifth among the bankruptcy prone countries.

Concerning the depreciation of the Pakistani rupee against the dollar, the minister expressed the hope that the pressure would fall on the rupee after the finalization of the agreement with the International Monetary Fund (IMF). He said the import bill is expected to drop by around $1 billion, which would help the rupee appreciate, but at the same time said he could not speculate on currencies.

Ismail pledged to reduce inflation, increase the country’s foreign exchange reserves and end load shedding by next year. He said that poor tax collection and faulty policies during the roughly four-year tenure of the PTI led to budget deficit and economic crisis in the country. He said the government would increase tax collection to 7.47 trillion rupees in 2022-23 from 6.05 trillion rupees in 2021-22. The non-tax revenue collection was targeted at Rs 1.935 trillion which would not only be met but also exceeded.

The finance minister further said that the previous government had broken the deal he himself negotiated with the IMF and claimed that the deal with the global lender had been delayed by the previous government and had been badly negotiated. Under the agreement, an additional petroleum tax of Rs 4 was to be imposed every month until it reached Rs 30 – a deal struck in November 2021 and broken in February 2022, the minister said. He claimed that the PTI government had signed an agreement with the IMF which, if implemented, would have resulted in a huge petrol tax of Rs 75 per litre.

The minister said that Sri Lanka did exactly what the PTI did, did not pass on the rising international prices to consumers and today no one can even buy petrol there. Ismail said that Pakistan had to pay $21 billion to the world when our government only had $10 billion and the current account deficit of $12 billion was visible, then former Prime Minister Imran Khan said began to turn away from the world.

He said the overall primary balance is projected at a surplus of Rs 153 billion. When asked that the primary fiscal surplus target of 153 billion rupees or 0.2% of GDP was set in the newly revised budget, the IMF’s global lender, given the target of 0 .4%, the minister said that the government should pay 180 billion rupees to the IPPs which from the point of view of the Fund is not counted, but we are counting it. So, from our point of view, it is Rs 153 billion and no new tax would be imposed and no expenditure would be reduced. We have respected all of the Fund’s previous actions, the Minister said, adding that provinces are doing something (one province has) for protected consumers and others must follow suit. He does not want to increase the unprotected tariffs and for this we have submitted a petition to Nepra,” said the minister that it is now Nepra’s decision.

He said that when the coalition government took power, he tried to solve all these problems. It was very easy for him to raise the sales tax by one percent from 17 to 18 percent and meet the tax collection target, but it certainly affected people. Ismail said that instead of imposing indirect taxes like the PTI government, the incumbent government imposed direct taxes.

Pointing to the supertax introduced in June on big industry, the finance minister said a 10% supertax was imposed even on the factory of the Prime Minister’s sons. However, Imran Khan imposed indirect taxes – a policy he himself had opposed.

The finance minister further said that Imran Khan did nothing for the country but favored his friends by granting the amnesty program.

The blame for worsening energy crises lies with the poor policy decisions of the PTI government during its tenure. He said more than 7,500 MW power stations had shut down in the country on the day Shahbaz Sharif was sworn in as prime minister.

He said the 5,000 megawatt power stations were shut down because there was no fuel and the 2,500 megawatt power stations were shut down because they were not repaired in time. They criminalized competitive LNG contracts and instead of making long-term deals at the lowest possible rates that were available at the time due to Covid, they opted for more expensive spot purchases. This is why the country has been forced to purchase LNG at high rates to meet immediate needs. “It takes 500 billion rupees to run the government,” the finance minister said, and blamed Imran Khan for destroying the electricity sector while noting that 1.350 billion rupees was granted as subsidies in the electricity sector alone.

Amid the gas shedding, a circular debt of Rs 1.3 trillion has accumulated. He added that Imran Khan had neither reduced transmission losses nor improved bill collection. All of these factors explain why the country went bankrupt, he said. Ismail also argued that while long-term contracts made during Nawaz Sharif’s tenure were routinely “criminalized/outraged” by the PTI government to such an extent that people were sent to jail for them, but today if the country works, it is because of these agreements. . He added that PTI had not entered into any long-term agreement for the purchase of LNG and diesel.

He further said that the previous government had borrowed Rs 20 trillion during its three-quarters to four year tenure against a debt of Rs 25 trillion incurred since the days of Liaqat Ali, Khawaja Nazim-u -Din, Ayub Khan, Zulfiqar Ali Bhutto, Nawaz Sharif up to Shahid Khaqan over the past 71 years. Criticizing the Imran Khan-led government, Ismail said PTI had borrowed 20 trillion rupees but had not added a single megawatt of electricity to the national grid or built a single hospital.

Net debt and liabilities increased by 78% in the first three years of the PTI government and rose from 23.665 billion rupees to 53.544 billion rupees, he said, adding that due to their inefficiencies, the country has experienced historically high deficits.

The average PTI government budget deficit remained at historically high levels of 7.1%, 7.2%, 8.1% and 9% over the past year if rebasing is taken into account, as the average deficit was 3500 billion rupees, which reached 5100 rupees in 2020-22. During this period, the country’s debt increased by nearly Rs 5 trillion per year.

The budget deficit reached an all-time high under the PTI government and reached $48 billion at the end of 2021-22. Exports recorded an increase and stood at around $31 billion, but against imports of $80 billion and the export/import ratio fell from 45% to 40%. Another historic current account deficit of $17 billion was recorded during PTI’s tenure. He further said that the tax to GDP ratio was 11.1% when the PML-N government left, but fell to 9.1% under the PTI government.

As soon as the world price of oil drops, it will be transferred to the public. He said every penny of relief in terms of lower oil prices in the international market has been passed on to the public. Rail and air fares have started to drop, he added.

Given the high oil prices, Prime Minister Shehbaz Sharif decided to bail out the lower income classes. Under his directives, it was decided to pay Rs 2,000 per month as aid to families with a monthly income of less than Rs 40,000 per month. The decision was implemented on wef June 2022 and the additional aid is automatically provided to existing BISP recipients. Now 60 million more people will be added who will be paid Rs. 2,000 per month.

He also said that the government would provide interest-free loans of Rs 500,000 to young people with the aim of empowering the largest age group of the Pakistani population. Ismail said the government had removed the tax on all seeds, fertilizers and tractors in a bid to ease the pressure on the agricultural sector.

He said that under the special directives of the Prime Minister, the FBR has been requested to pay all outstanding refunds from exporters and DLTLs to provide them with financial space to strengthen exports and develop the local industrial sector.