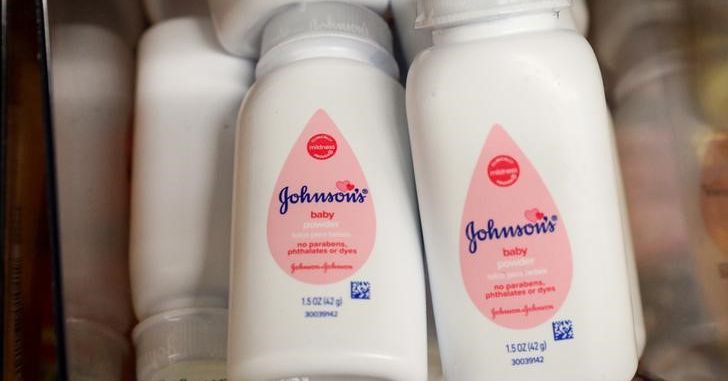 Bottles of Johnson’s baby powder are displayed in a store in New York, USA REUTERS/Brendan McDermid

(Reuters) – A U.S. bankruptcy judge said on Thursday he had chosen an independent expert to assess the value of around 38,000 lawsuits alleging Johnson & Johnson’s talc products caused ovarian cancer and mesothelioma, in an effort to break a stalemate in the bankruptcy of a J&J subsidiary.

US Bankruptcy Judge Michael Kaplan of Trenton, New Jersey, selected well-known mediator Kenneth Feinberg to make an initial estimate of the number and value of current and future cancer-related claims.

J&J spun off its LTL Management subsidiary in October, assigned its talc claims to it and immediately filed for bankruptcy, pausing ongoing lawsuits.

Kaplan said Thursday that LTL and the official panel representing cancer plaintiffs presented him with two “very different paths.” The plaintiffs had asked the judge to allow some lawsuits to continue outside of bankruptcy court, while LTL proposed a one-year process to assess the value of claims in bankruptcy court.

Both sides had attacked each other’s proposals as a “road to nowhere,” and Kaplan said Thursday his path would avoid the delays and controversies those proposals would cause.

A representative for J&J did not immediately respond to a request for comment. J&J denied the plaintiffs’ talc claims, saying decades of scientific testing and regulatory approvals have shown its talc to be safe.

Clayton Thompson, an attorney representing mesothelioma plaintiffs in the case, said he was disappointed Kaplan continued to block suits against J&J, which itself is not bankrupt.

The talc plaintiffs argued that LTL’s bankruptcy is an abuse of the Chapter 11 system. Kaplan rejected their argument that it was filed in bad faith in March, and the plaintiffs are appealing to the 3rd U.S. Circuit Court of Appeals.

Kaplan did not choose a firm due date for Feinberg’s initial report, but said it would be complete “before the weather turns cold.”

Feinberg oversaw a victim compensation fund tied to the September 11, 2001 attacks and mediated settlement talks in federal litigation over allegations that Bayer AG’s Roundup weed killer caused cancer, among other cases. Kaplan said Feinberg would not mediate in the LTL case, limiting his role to estimating claims.

Prior to filing for bankruptcy, the company was facing costs of $3.5 billion in verdicts and settlements, including one in which 22 women won a judgment of more than $2 billion, according to bankruptcy court records. .

The case is LTL Management LLC, US Bankruptcy Court for the District of New Jersey, No. 21-30589.