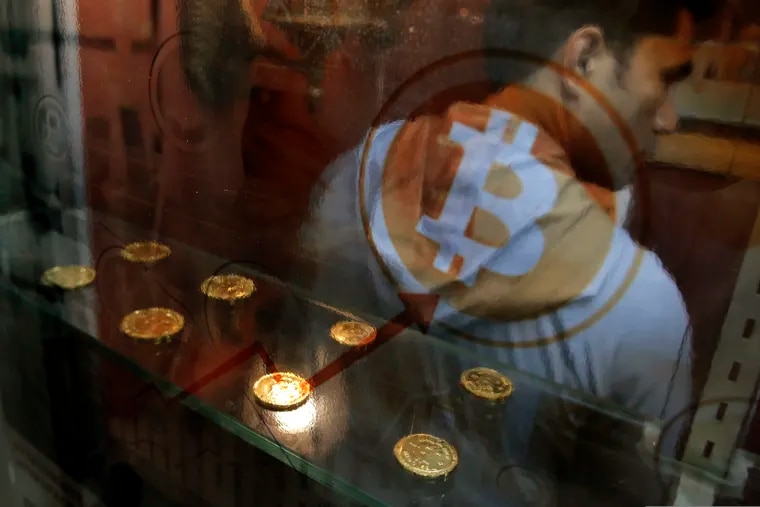 how to trade cryptocurrencies or buy an ETF

For Mom-and-Pop investors, it’s becoming easier to buy cryptocurrency as part of a traditional stock and bond portfolio.

But the costs can add up, and it’s essential to be prepared for a potential tax bill in the future.

Bitcoin, the most popular cryptocurrency, has shown a stunning rally: its value has increased by more than 300% in 2020 and its price has more than doubled so far this year to reach $59,000 on Friday.

If you are comfortable buying cryptos such as Bitcoin, Ethereum and others, an exchange is the most direct way.

Anyone with a credit card and an email address can buy and sell on the many exchanges that pop up, such as CoinDesk, Coinbase, Bittrex US, Kraken, Circle Financial, and Genesis.

“It’s important to do your due diligence on the exchange” you use, said Stephen Stonberg, CFO and COO of Bittrex Global. The company was founded by former Amazon and Microsoft executives in 2014.

“Some do substantial due diligence to know your customer. Others just allow you to open an account with an email address,” he said. The more information the exchange requires, the more your account Bittrex Global is a separate platform from Seattle-based Bittrex US Bittrex Global operates outside of the US and has no US customers.

But if that’s too risky, there’s now a new breed of exchange-traded funds, or ETFs, and investment trusts that hold cryptocurrency as their primary asset. These trade like stocks on Wall Street exchanges such as the Nasdaq and the New York Stock Exchange.

But the cost is higher because banks and investment companies offer high fees.

GBTC, the Grayscale Bitcoin Trust, is one such quasi-ETF, which holds Bitcoin.

Fidelity Investments has filed plans with regulators to launch an exchange-traded fund that tracks the price of Bitcoin called Wise Origin Bitcoin Trust, with Fidelity Digital Assets serving as custodian. The stocks would track a price index of various bitcoin markets.

Buying cryptocurrency through your broker may involve paying your regular advisory fee, as well as other exchange-traded fund fees, said Stonberg, a Philadelphia native and Penn High School graduate. Charter.

“You’re already paying a fee to have someone do your portfolio allocation, and that’s okay. You will pay more, but you chose to pay more for a sense of security,” he said.

Unlike Wall Street, with a highly regulated system of custodians, brokerages, and clearinghouses, cryptocurrency platforms are still emerging.

Since 2018, Fidelity has held cryptocurrencies for professional investors and offered them access to the Grayscale Bitcoin Trust, the digital currency investment fund. But so far it’s limited to professional investors with high minimums (Fidelity requires $250,000 per investor), which are inaccessible to the average client.

A low-cost, low-cost Bitcoin ETF would change all that.

But the U.S. Securities and Exchange Commission has so far rejected at least nine Bitcoin ETF applications. Other countries have moved forward, with two Bitcoin ETFs launched in Canada.

Coinbase will launch its IPO this month, a way for Main Streeters to get on board.

However, their fund buys shares in the software building block underlying cryptocurrencies, known as the blockchain.

BLOK’s largest holdings include MicroStrategy (MSTR), a public company that has a large amount of Bitcoin on its books. Its expense ratio, or fees charged each year, total 0.71%, higher than the average mutual fund.

“As Bitcoin’s price rose, so did the stock. Either way, it gave us a roundabout way to invest, but with the instant liquidity of a listed ETF,” said Gocke, who is based in Swarthmore.

Finally, even Facebook wants to get into the crypto game. The Facebook-backed Libra cryptocurrency has been rebranded as “Diem” in a bid to gain regulatory approval. David Marcus, the head of Facebook Financial, also known as F2, said he hopes the cryptocurrency called Diem will hit the market in 2021.

Uncle Sam wants his share of your crypto. The IRS, for the first time this year, requires cryptocurrency owners to file their federal tax returns.

A “virtual currency” question on page 1 of the 1040 “is intentionally obvious. It asks whether at any time in 2020 the taxpayer received, sold, sent, exchanged, or otherwise acquired a financial interest in a virtual currency,” said Michael Gillen, head of tax practice at Daune Morris in Philadelphia.

“It highlights a push for compliance in this area, and the IRS is using the issue as a reminder for taxpayers to report correctly,” he said.

But there is an upside to big gains from Bitcoin and other currencies – you can donate your profitable crypto as you would any asset that has risen in value.

The Jenkintown National Philanthropic Trust specializes in creating donor-advised funds for those who wish to donate to charity in a tax-efficient way.

Since 2017, the outfit has been accepting crypto donations.

“At that time, the crypto market was booming, and towards the end of 2017 donors contacted us” to transfer their currency to charity, said Gil Nusbaum, general counsel for the National Philanthropic Trust.

“Before saying yes, we had to understand the market. We have developed a process for accepting and liquidating cryptocurrencies, as any donation must be quickly converted into cash, he said.

“With crypto, we had some big worries, like volatility. We cannot guard against this. Additionally, we needed to understand the source of the crypto funds.

“These are basically USB sticks. Our legal department keeps them in a safe,” Nusbaum said.

To liquidate the holdings, the National Philanthropic Trust trades on several exchanges, including Kraken, Coinbase, Circle Financial and Genesis.

“We are constantly exploring them, especially exchanges that can support different tokens” such as Bitcoin and Monero.

National philanthropic trusts require an affidavit and documentation of how donors acquired their crypto. It’s extra work, but the company accepts other hard-to-sell freebies, including hedge fund partnerships; real estate; works of art, even antique furniture.

What is a Whatsapp business account? Comparison Whatsapp vs Whatsapp Business

Where should you keep your money?