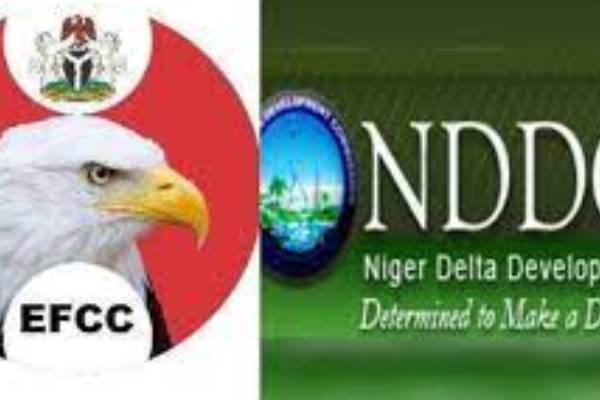 The Economic and Financial Crimes Commission arrested a Director of Finance and Accounts at the Niger Delta Development Commission for alleged fraud.

Mr. Eno Ubi Otu, Director of Finance and Accounting at the Niger Delta Development Commission (NDDC), is currently being questioned by officers of the Economic and Financial Crimes Commission (EFCC) in connection with a case of embezzlement alleged over 25 billion naira in tax remission.

It was learned that the director, who arrived at the Commission in the early hours of Wednesday and was still being questioned at the time of going to press.

An unnamed source within the commission revealed that the arrest was part of a larger investigation into the NDDC’s forensic audit report.

Details of how the 25 billion naira was looted and how it was shared and who the beneficiaries were could not be determined at press time as Commission spokesman Wilson Uwujaren , could not be reached for confirmation.

Allegations of fraud against the management of the Niger Delta Development Commission led to a series of investigations into its activities which culminated in the forensic audit ordered by President Muhammadu Buhari following the fainting of its former acting director general, Daniel Pondei, questioned at a public hearing of the National Assembly.

Actions taken by the EFCC are expected to lead to more revelations as its probe into the forensic audit of the agency set up to bring development closer to people in the oil-rich Niger Delta region after years of undermining. -development and environmental degradation.

Observers and pundits have also continued to reflect on how an interventionist agency that initially promised so much has become a cesspool of corruption and all that is bad for the country.

The Niger Delta Development Commission was established under the administration of President Olusegun Obasanjo.