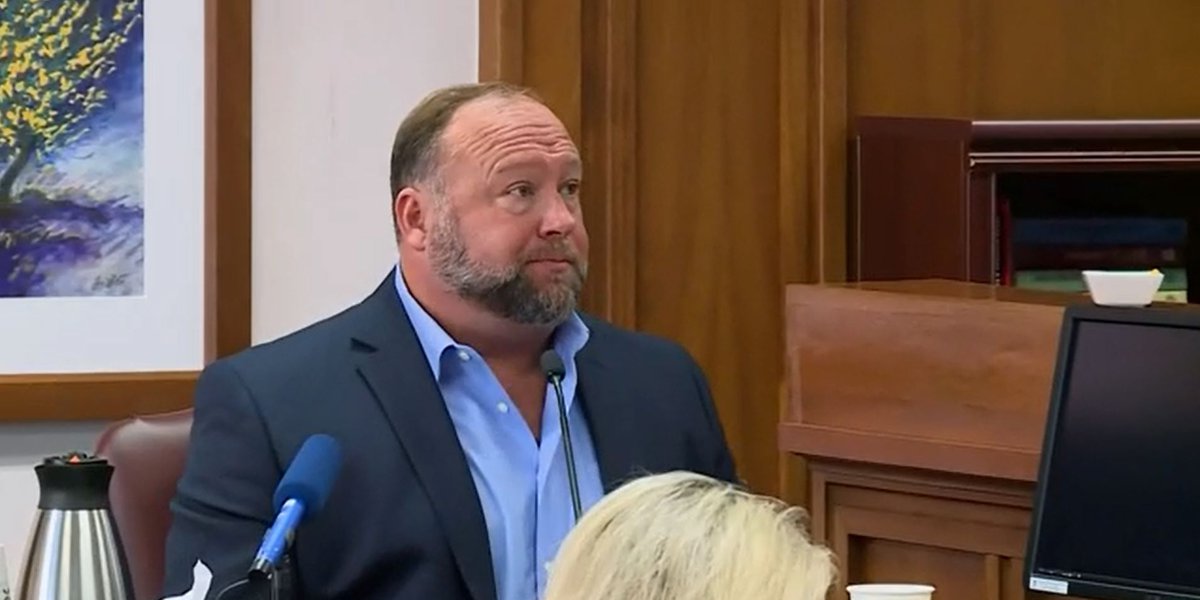 BRIDGEPORT, Conn. (AP) — A federal bankruptcy judge on Monday cleared the way for a Connecticut libel lawsuit against the Infowars host and conspiracy theorist Alex Jones.

The case was filed by relatives of some victims of the 2012 massacre at Sandy Hook Elementary School in Newtown, Connecticut. Jones has wrongly claimed that the country’s deadliest school shooting – which killed 20 students and six educators – was a hoax.

Jones’ attorney had sought to transfer the case to federal bankruptcy court, rather than pursuing the case in Connecticut state court. This decision abruptly interrupted the first day of jury selection earlier this month.

However, Monday’s ruling by Judge Julie Manning essentially allows the plaintiffs to continue the libel suit against Jones only as an individual, without Free Speech Systems, a company owned by Jones and a defendant in the Connecticut case.

“The plaintiffs’ rights to have this process continue in Connecticut Superior Court must not be interfered with,” Manning wrote in the ruling, adding that the plaintiffs’ damages claims were ready for trial.

Chris Mattei, attorney for the plaintiffs, welcomed the bankruptcy judge’s decision. “We are grateful that the bankruptcy court saw through the brazen efforts of Alex Jones to prevent a jury from being convened and hold him accountable. We look forward to the trial,” he said in a written statement.

Free Speech Systems filed for bankruptcy in Texas about a week before Jones’ attorney requested to transfer the case from Connecticut.

A Texas jury this month ordered Jones to pay $45.2 million in punitive damages to the parents of one of the children killed at Sandy Hook, in addition to an additional $4.1 million he must pay for the suffering he caused them in claiming for years that the shooting was a hoax.

Jones’ lawyers plan to appeal and try to reduce the amount. Meanwhile, besides the case in Connecticut, a lawsuit for damages is pending in Texas from the parents of another child killed in Sandy Hook.

Prior to the trial in Texas, Jones had already been found liable in a separate defamation lawsuit in Texas and another in Connecticut by relatives of some of the Sandy Hook victims.

The Connecticut jury will decide what damages, if any, Jones owes in this case, though state law may also limit what he should pay.

The two remaining trials are scheduled to begin next month, after juries are selected. Jury selection in the Connecticut case could resume this week, attorneys said.

___ This story has been corrected to show that only Free Speech Systems has filed for bankruptcy, not Alex Jones as an individual.

3 reasons not to check your brokerage account too often